Get More For Less With The Z370 AORUS GAMING 7-OP 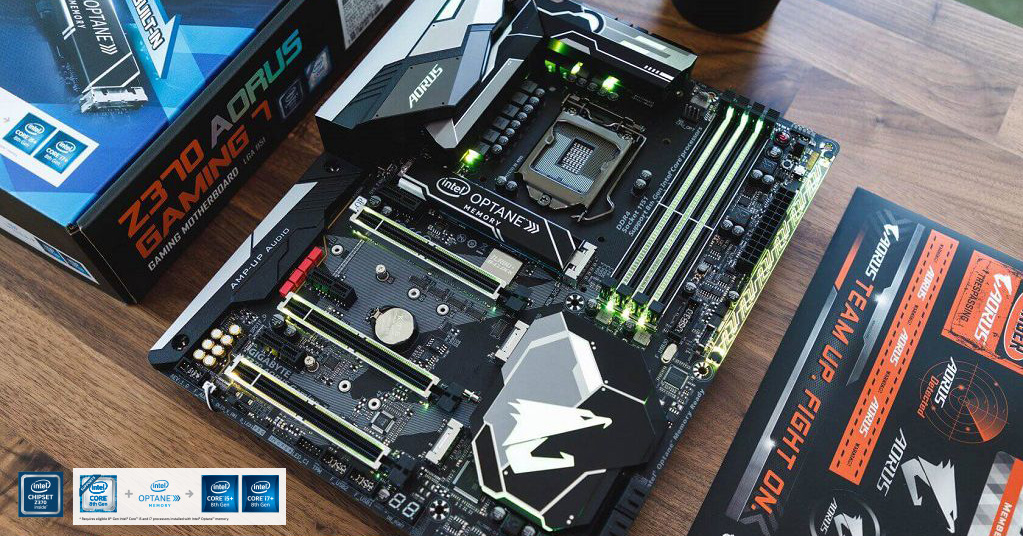 As the saying goes, time is money. That’s one reason fast and responsive data performance is one of the most sought after qualities for building your PCs. Without high-capacity SSDs however, your PC’s data performance isn’t as fast as it can potentially be. Traditional HDDs don’t have the speed to complement their high-capacity storage capabilities due to the constraints on their plate rotating speeds. On the other hand, high-capacity SSDs can be quite expensive and uneconomical for many users. Fortunately, users who are looking to upgrade data performance without breaking the bank have an even better choice with the Z370 AORUS GAMING 7-OP motherboards. The boards come with exclusive built-in 32GB Intel® Optane™ Memory to provide users with both the benefits of a high-capacity HDD and the read/write speeds of SSDs. 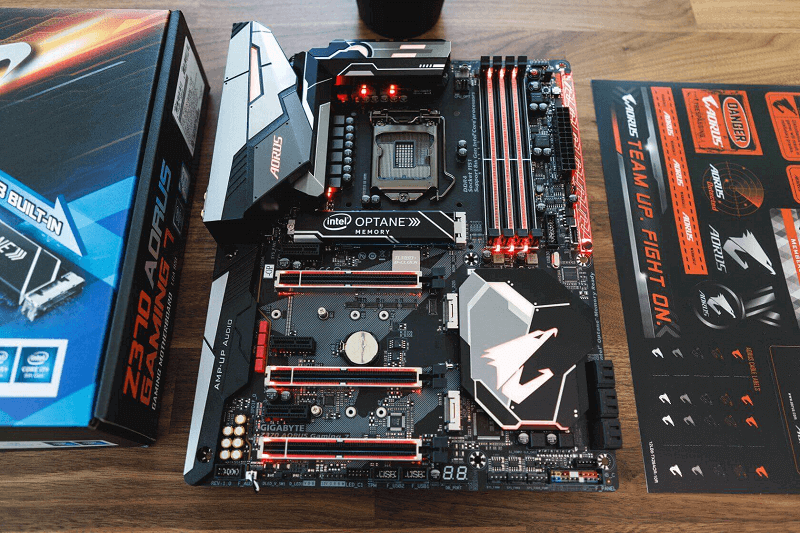 Many of you have probably heard of Intel Optane Technology but if you’re not well versed as to what it does for your PC, here’s a quick rundown of what it’s capable of and how it helps boost your data performance!

In regards to storage capacity, many users utilize SSDs primarily for installing their OS and storing more commonly used applications while the main bulk of storage use is allocated to their HDDs. Since HDD read/write speeds pale in comparison to SSDs, it’s no wonder users get frustrated with how slow HDDs can sometimes be. Intel® gives the HDD a huge kick in speed and makes it much faster to the point where it rivals SSD speeds. So basically, save that rage for gaming not waiting! 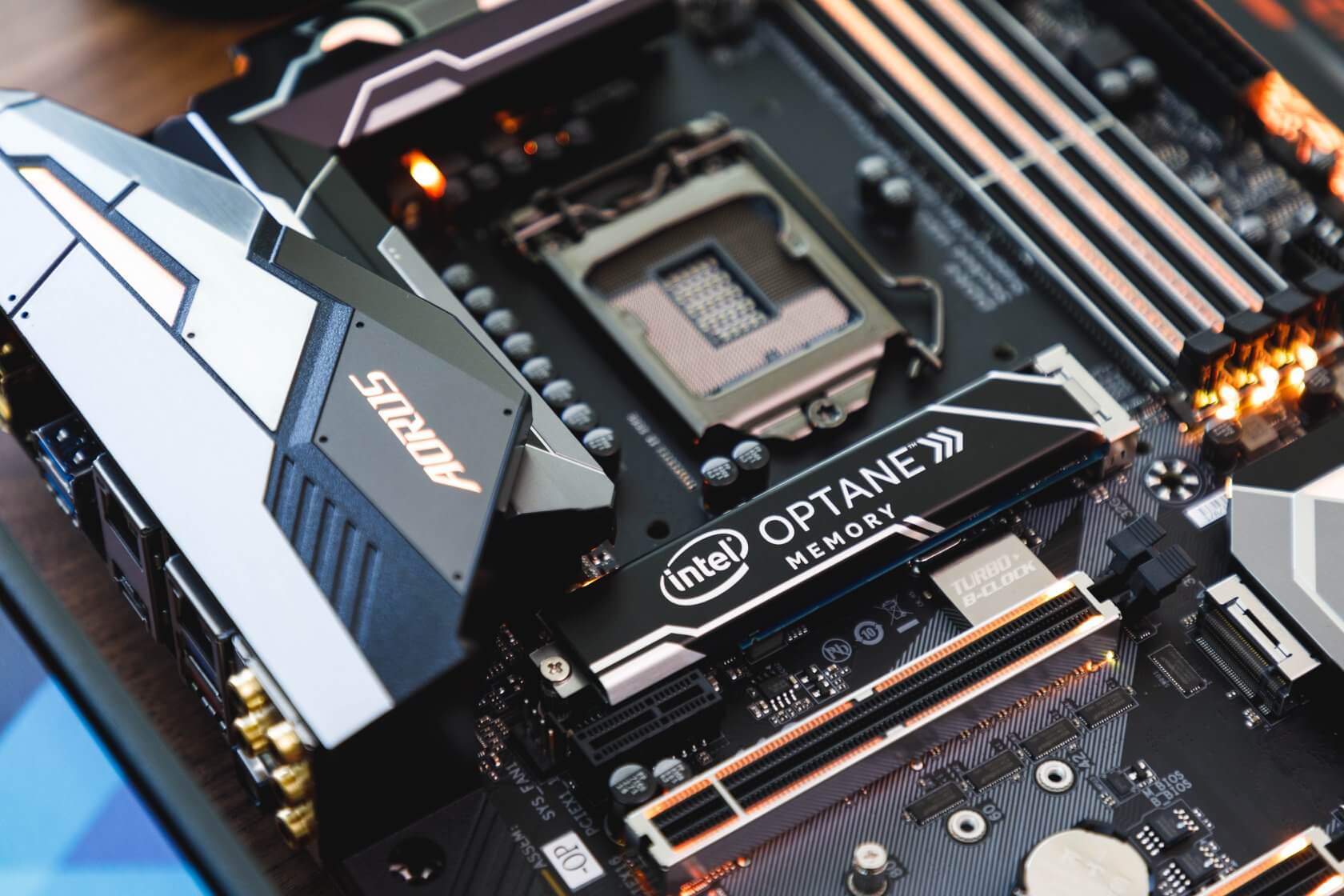 Okay so the boards are fast but exactly how much faster are they? We put that to the test to make a comparison. Turns out that with Optane™ Memory, the read/write speeds on the HDDs are a whopping 4.8 times faster than that of traditional HDDs without Optane™. Gaming installation is also 50 percent faster than normal. Why is that you ask? It’s because Optane™ Memory uses a M.2 interface and enables PCIe Gen3 x2 transmission bandwidth at 16Gbps, easily bypassing the read/write speeds of SATA 3.0. In other words, its superior design allows it to provide blazing fast data transfer speed. In addition to that, while high performance M.2 devices may generate a lot of heat, the built-in M.2 Thermal Guard keeps that heat at bay to prevent overheating from affecting performance! 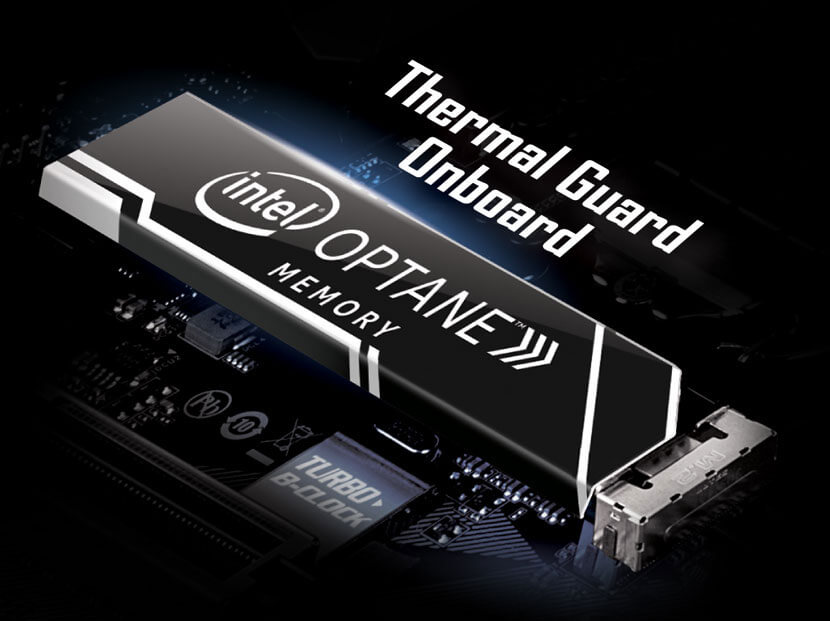 Concerned that the installation process might be complicated? Don’t be, it’s not at all complicated. In fact, Intel® Optane™ Memory comes preinstalled with the board so no further installation is required. Once the driver is installed and the system detects Optane™, the Optane™ application be installed and the user can select to integrate it with the mechanical hard drive. It’s so easy installation can be completed faster than it takes to make a cup of coffee! Even more importantly, it keeps your existing data perfectly safe and sound!