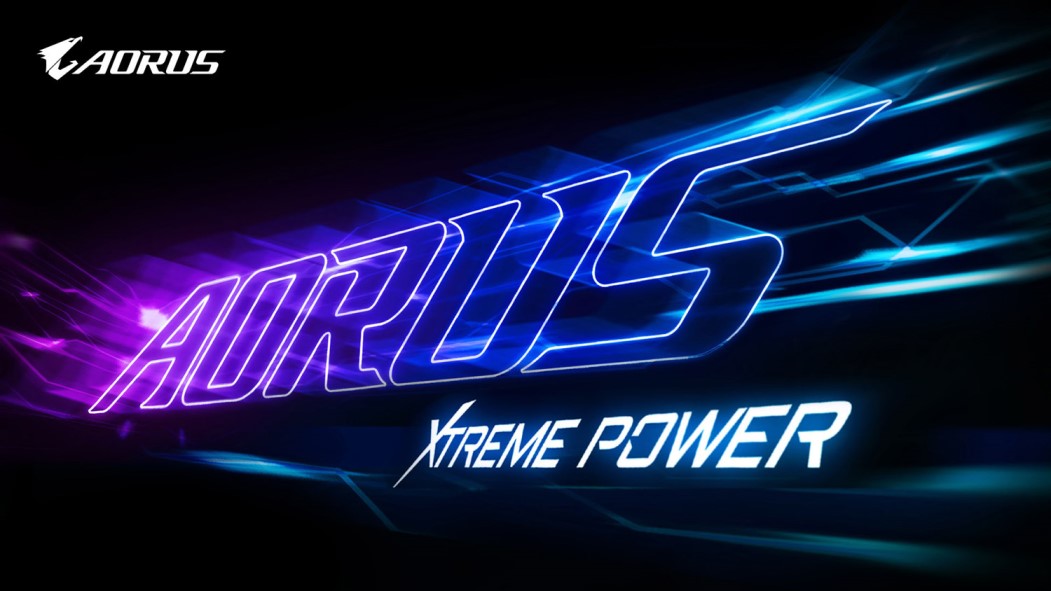 “As gaming performance and efficiency continue to improve, multicore processors, high clock rates, and elite storage performance have become the standard for high-end PC configurations. Taking this into consideration we understand that going forward, stable and efficient power designs have never been more important,” said Eddie Lin, Vice President of AORUS. “AORUS delivers not only the most advanced power designs to maximize overclocking performance on multicore processors but also the flagship X570 AORUS motherboard with a 16-phase power design, the PCIe 4.0 based NVMe M.2 SSD with a full body copper heatsink, and the only consumer 8TB SSD that surpasses sequential read speeds of 10,000MB/s. With our high-response rate 27-inch tactical gaming monitors, we’ve got an incredibly diverse gaming lineup.”

To fully unlock the potential of the 3rd Gen Ryzen processors built on 7nm, GIGABYTE’s flagship X570 AORUS XTREME uses a 16-phase, all Infineon digital power design with each phase capable of managing up to 70A. The beefed-up power design reduces impedance and improves balance boosting the board’s overall power efficiency, durability, and service lifespan. These aspects are not only essential in maximizing the overclocking potential on the 3rd Gen AMD Ryzen™ processors but also ease the user’s concerns of an unstable power supply or high temperatures causing overclocking failures or diminished performance. The excellent power design also needs to be paired with an advanced thermal design to maximize performance so the X570 AORUS XTREME adds a Fins-Array Stacked Fin Heatsink, Direct Touch Heatpipes, and Nanocarbon Baseplate to optimize cooling to the VRM and chipset while making the PCB extra sturdy. This extra attention to durability makes the motherboard much more suited to taking on the task of unleashing the monstrous performance capabilities of the 3rd Gen AMD Ryzen™ processors and a superior option for an AMD platform build.

Trademark features from previous AORUS lineups return to select X570 AORUS motherboards. Features such as sleek I/O shroud design, RGB Fusion LED lighting, Smart Fan, HiFi audio, as well as other well-received features have been further improved and implemented along with AMD’s built-in features. The newly evolved Smart Fan technology is featured on two of the X570 AORUS motherboards and includes a noise sensor which gauges the fan noise decibel levels, enabling users to adjust the noise levels for silent and cool fan operation. The X570 AORUS lineup offers built-in Intel® WiFi 6 802.11ax for up to 2.4Gbps wireless connection speeds, close to matching the 2.5Gbps speeds of its Ethernet setup, providing the flexibility of having both high-speed WiFi and ethernet onboard.

With the newest version of Q-Flash Plus Technology on X570 AORUS motherboards, users can conveniently update the BIOS even without installing a processor, memory, graphics cards, or booting up the PC so they can flash the BIOS without the concerns about not being able to boot up the system due to compatibility issues. The upgraded BIOS interface offers users a more intuitive user interface to work with so all it takes is simple tweaking of the settings to upgrade performance and overclocking on the X570 boards.

GIGABYTE AORUS X570 series motherboards fully embrace the PCIe 4.0 era by optimizing support for this faster and more efficient interface. PCIe 4.0 offers up to 32GB/s (x16) bandwidth for much higher throughput compared to previous generations. The new interface far surpasses the bandwidth limitations of previous generations so users can enjoy the superior performance on graphics cards, PCIe NVMe AIC SSDs, and M.2 NVMe SSDs. GIGABYTE has refined the design of its motherboards for even better performance of peripheral components with its low inductance, server-grade PCBs. The PCIe 4.0 B-CLK IC maximizes PCIe bandwidth to increase the data transmission capacity on PCIe storage devices while boosting overclocking performance from CPUs and memory. With these design features, performance potential on peripheral components is unlocked which allows for blazing fast transmission speeds on these devices. GIGABYTE will have two system demos set up at the showcase for a live demonstration of the AORUS NVMe PCIe Gen4 M.2 SSD’s incredibly fast sequential read performance which eclipses that of PCIe 3.0 SSDs by 40%, as well as a more detailed look at the full body heatsink which offers outstanding heat dissipation.

Another highlight in the showcase is the 8TB SSD with sequential read speeds of up to 15,000MB/s. Through the use of the new AORUS M.2 PCIe 4.0 riser card, users can build a RAID 0 array with four PCIe 4.0 M.2 SSDs and enjoy server grade capacity and ultra high-speed storage.

GIGABYTE is set to introduce its three newest tactical gaming monitors. Whether using the FPS focused KD25F, the MOBA focused curved CV27F, or the world’s first Black Equalizer 2.0 enabled, curved CV27Q monitors, users can choose the right tactical gaming monitor for the game genre or playstyle that suits them the most. AORUS KD25F comes with the fastest Color TN Panel, reducing response time to an impressive 0.5ms(MPRT) and provides a 240Hz refresh rate, native 8bits, and 100% sRGB Color Spectrum, which enables the KD25F to deliver unrivaled display quality and response time. The inclusion of AORUS Game Assist, OSD Sidekick and Dashboard, as well as the Active Noise Cancelling (ANC) makes this the most advanced FPS focused monitor designed for FPS lovers.

It wouldn’t be a GIGABYTE AORUS product without Ultra Durable components so the newest gaming products are designed with the award winning Ultra Durable technology for the best durability, performance, temperature control, and service lifespan to ensure that users are enjoying the best gaming technology has to offer. Users looking to build a high-end desktop with the best performance know that with AORUS, they can always enjoy the best gaming performance. Interested in learning more about the AORUS ecosystem? Please visit the AORUS official website for more information!